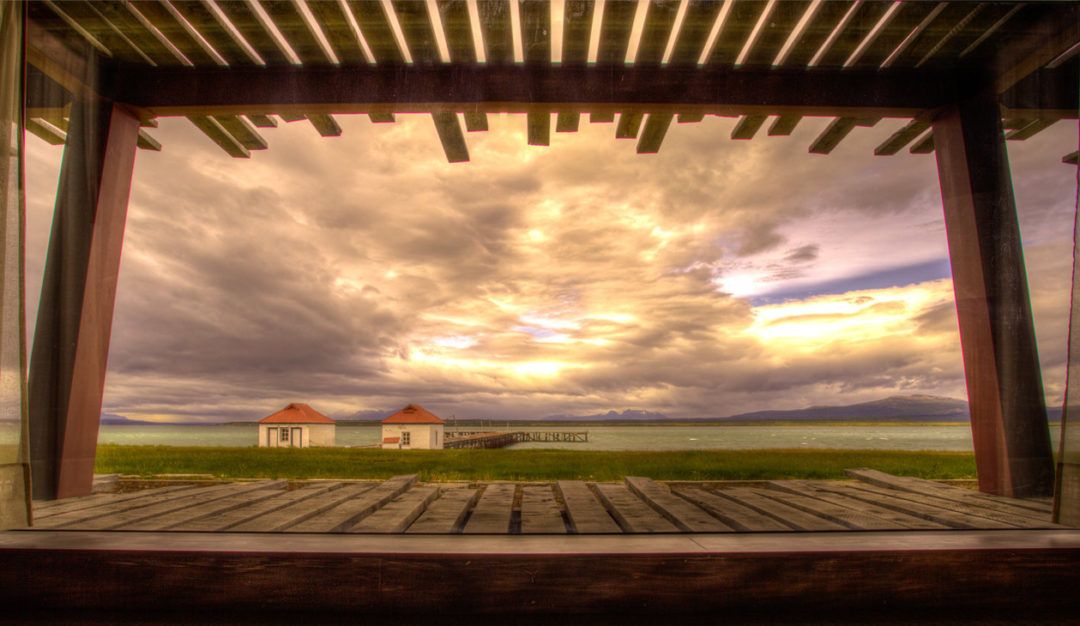 The Singular Hotel in Patagonia is absolute luxury and serenity at every turn.

This property is left-field and surprising in every way. It’s luxury, it’s serenity, it’s calm, it’s an adventure, it’s a bit of New York and a lot of Patagonia.

It’s a piece of living history, as the founders spent millions restoring the old cold storage plant complete with its original equipment, then built a five star hotel around it.

If I know I am going to die, I will come here.

I know, I know it is heavy statement for a luxury hotel review, but it’s no wonder The Singular Hotel Patagonia has been voted the best hotel in South America eight years in a row. It is without doubt one of the best luxury hotels in a rural location in the world I have ever seen.

This is a towering architectural and historical feat which brings together nature, food, history, and luxury at every turn. It’s breathtaking, luxurious, elegant and calming. At times, I felt like I was on a film set, a very, very good film set, as the whole place was so enchanting and at times overwhelming.

After spending three nights here, I’ve concluded we need a different rating for luxury properties, as so many claim to be luxury, but are just not quite there. This is one of the few places in the world that truly is.

It’s about the service, the setting, the location, the attention to detail, the rooms,  the spa, the food, and even the music. This place is a ten on all levels.

The main restaurant is like something straight out of New York City – and I’m not talking one of those hole-in-the-wall places. I am talking about one of the trendiest warehouse style restaurants with staff, three levels, cosy corners, share tables, high tables, low tables, tables with views, tables with leather chairs, others with hard chairs, – breath – everywhere – and sensational wines and food.

The venue feels like it has been airlifted straight from there and placed in Patagonia, a location as strikingly beautiful as it is isolated, away from the western world. Even the horizon here is a 10, it just goes on forever.

This is a place to contemplate, write that book, find god, fall in love,  detox, connect with nature, or just to simply sit in glorious silence. There’s real silence here, not the silence you get on the aeroplane  wearing block out boss speakers if you know what I mean.

Renae feeling very zen at the incredible sauna at The Singular, Patagonia.

Occasionally the silence is interrupted by a bird cry, and what a joy it is when it happens.

Patagonia is the region at the end of South America. It is home to the magnificent Andes mountains, desert, grasslands and glaciers, and is shared by both Argentina and Chile. This hotel is in the Chilean region.

Did someone mention the spa? I must have sat in 100 spas in my life time – thats not an exaggeration as I am not 20, and I am obsessed with spas including saunas and hammams.

The amazing tour guides at The Singular, Patagonia.

Both the sauna and the hamam here have floor to ceiling windows overlooking the sea, where birds meander throughout the day swimming, picking at the stones and just, well, chilling.

There isn’t a person who couldn’t sit watching it and not question the human condition – why are we racing around so fast when the birds are happy with such a simplest existence in one of the world’most beautiful spots?

There is even a spa outside so you sit in the spa taking in the view, breathing in the fresh air.

I could write forever, but the important thing to know is the hotel is seasonal so closes over winter, as does the nearby airport at Puerte Natales, which is a short 10 minute drive away, so go at the right time when both the airport and hotel are open.

Here is the link to find out more:

Chile about to become more popular with Aussies.

Luxe Hotels: Stay at The Faena to feel like a rock star