How plastic surgery became the new normal; (It’s all about airbrushing). 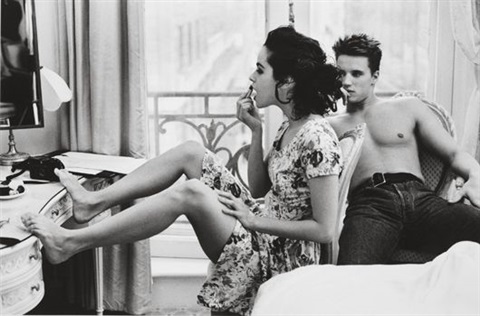 There are people who call Sydney plastic surgeon Steven Liew a god. Others call him an artist.

I have interviewed a few, and this softly spoken humble man, stands out from the crowd.

Liew has a reputation as one of the best plastic surgeons in Australia, and is rarely even seen in Sydney his talent is so highly sought after all over the globe.

But you wont find him talking about his celebrity clients, or his rides in private jets to attend to some of the world’s most famous faces.

He is as softly spoken and humble as you will find  – especially here in Sydney.  Liew grew up in humble surroundings  in Malaysia, but has grown to work with some of the world’s most famous, successful and most beautiful people.

He spoke to me in Sydney about the rise and rise of plastic surgery.

Liew says the world is changing so fast,  that today there is not much of a difference between going to the hairdresser and having plastic surgery.

“Women spend a lot of time going to the hairdresser every 6-8 weeks. Are they insecure? Absolutely not. They are doing it because they feel great.

That’s even more the case for men, as when they have a fantastic haircut, when you look in the mirror and you look good, your mood instantly brightness up. You become more productive at work, more sociable and you even treat your partner better.

Most women are aware of it, and if they are in a bad mood, some go shopping or get their nails done. We all need something that will boost our well-being and emotional state of mind.

If we can get something done (plastic surgery) that is so well done that you can’t tell, something that is done well you look so good and it’s so safe and it improves your quality of life and mood, and know that the positive effects, what is so wrong with getting it done?”

Liew says the key is the right collaboration between you and your chosen practitioner. He says a good practitioner does not have to go too far.

“The concept of beauty changes with time albeit it doesn’t change as often as fashion, thank god,” he said.

“If you look at the concept of beauty since the Renaissance, it has changed. Then, a person with a fuller, fatty, cherry face was considered to be beautiful, but of course we know now beauty is vey different.

Even if you look at the 80’s, (what we thought was beautiful) was a very strong masculine look.

Now that look is considered to be far too masculine and aggressive.

Overall, what is considered to be beautiful right now is more of an oval shaped face where you have a fuller upper half of the face, gradually tapering to the chin in a more gentle, slimmer type of face. Today that is what is considered real beauty.”

Liew said the technological advances of image altering have had a huge impact on our perception of beauty, and what women want to look like.

“Of course with photo shop, with social media this has changed again because people now expect not to have dark circles, because everything they look at has been photo-shopped.

They expect to have beautiful, flawless skin with no wrinkles, to an extent this has also influenced what we do as plastic surgeons with the advent of non-surgical products bringing more flexibility.

In some suitable patients where the quality of the skin is reasonable, we can actually create the photoshop effect, particularly areas like skin folds, wrinkles and even the dark shadows and eye bags, so that is a good thing.

But with that also comes the extreme faces we are seeing which is creating a negative image towards what we do, so those are the things we need to take things in balance.

It requires education and it requires a two way street between the providers as well as the patients.”

Liew is almost impossible to get an appointment with, but he has a team of wizards under him making Sydney men and women look amazing.

You can find Steven here: , www.shapeclinic.com.au

A Luxury Night In: At Home Pampering

Visit Your Dream Destination Through These Fragrances