The new face of L’oréal Paris is over 50

Viola Davis, 54, American actor and producer is the new face of L’Oréal Paris.

She will be the new face and spokesperson for Age Perfect, L’Oréal Paris’ range for more mature skin.

“There’s classical beauty, but with age and experience comes confidence—and there is nothing more beautiful than that,” said Davis in a press conference for L’Oréal Paris.

Davis has been quoted previously saying she has never seen herself as a classic beauty;

“To now be part of a brand that has been championing women’s worth for more than 40 years and to use my voice to help empower others is truly surreal.”

Following her appointment, the American press today has been reminding readers of the not so subtle attack she received from some journalists in the past about her appearance;

Back in 2014, Boston writer Alessandra Stanley referred to actress Viola Davis as “less classically beautiful” in her review of Shonda Rhimes’ then-new show How to Get Away With Murder.

For full context, the piece not only started off by saying that if “Rhimes writes her autobiography, it should be called ‘How to Get Away With Being an Angry Black Woman,’ but the full line containing the infamous quote appeared as such:

As Annalise, Ms. Davis, 49, is sexual and even sexy, in a slightly menacing way, but the actress doesn’t look at all like the typical star of a network drama. Ignoring the narrow beauty standards some African-American women are held to, Ms. Rhimes chose a performer who is older, darker-skinned and less classically beautiful than Ms. Washington, or for that matter Halle Berry, who played an astronaut on the summer mini-series “Extant.”

Davis spoke with Refinery29 on the phone, and she said that this was an opportunity that she was excited for. “It does not escape me that it’s come to me at this part of my life,” Davis said. “It’s a beautiful opportunity and responsibility to be able to spread the self-affirming message of worth to women around the world, and for my face to be attached to that self-affirming message.”

Loreal is about makeup, but Davis has made it clear this is about inner beauty, as well—not to mention changing the overall perception of what a beautiful Black woman looks like.

“I hope that they see that this is a different trajectory that beauty is going into,” Davis told Refinery 29.

“The fact that you can be of a certain age. I hope that in me they see themselves. I’ve done the work on myself so that I can pass on the message of worthiness and beauty coming from within, which is what I’m telling everyone now,” Davis says.

“I have a lot of hope because I think that women are getting it: Our worth is not attached to just the physical.” 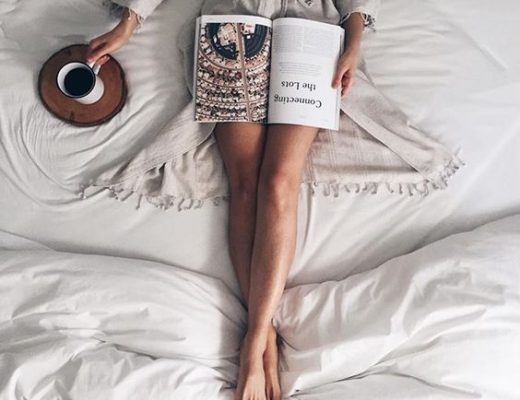 Support Your Mitochondria To Look Younger?

THE LIVING ROOM 🌟 One of Australia’s best ho

@capementelle turns 50🌟 Celebrating one of Aus

BONDI BEAUTIES ♥️ So lucky to be able to have

EVERYTHING IS TEMPORARY, EVERYTHING CSN CHANGE; FO