This Is Where The Celebrities Will Be in Europe this summer

From Kate Moss to Beyoncé, Leonardo and even Richard Gere, these are the secret and not so secret places you can see celebrities this European summer.

Located just off Corsica,between Corsica and Sardinia, and playfully named the Mustique of The Medittereanean, the dramatic coastline of huge boulders set against the ocean and a trendy marina creates a mystical feel that draws the well heeled set each summer.

More Italian than French, it’s full of luxury villas to house the French and Italian elite, there are no cars, but at least 10 stunning beaches to escape to each day.

A smattering of gorgeous restaurants including the pizza place, La Firm where some of the most well known names have been seen escaping the real world. Princess Caroline of Monaco, Petula Clarke, Beyoncé, Alicia Keys and Catharine Denevue have all been seen here.

Featured in the 1960’s film L’Avventura, there are no cars on this tiny island, just golf buggies and lots of walking – usually barefoot. But there is a gorgeous shoreline dotted with colourful old Italian style buildings to greet arrivals.

Located off Sicily’s north coast, this is all about flowers, views, nature walks, luxe villas and sunset drinks – oh, and dancing. Small wooden boats are a fun day time activity, as is people watching.

Uma Thurman, Naomi Campbell, The Dolce and Gabanna designers, and the Bulgari family are just a few names whispered on the island each summer.

Mykonos is one of the most diverse and upmarket Greek islands.

There’s no Greek economic crisis in Mykonos. This party island has re-emerged as the jewel in the crown of Greece’s gorgeous smattering of stunning island locations in recent years.

The only Greek island that serves Champagne by the glass at multiple venues, this holiday spot is the hottest ticket in town, Nammos, the ultimate beach club has undergone a facelift in recent years to make it the hottest spot in the Med. I have been almost every year for about 15 years.

Don’t go unless you are prepared to dance on tables in your bikinis and drink champagne until long after dark and close your eyes when the bill arrives.

As for celebrities, Jackie O and Grace Kelly may have made it famous, but the chic set are here now including Ariana Grande, Leonardo Di Caprio, Alessandra Ambrosio, Gerard Butler, Mariah Carey Angelina Jolie, Madonna and so the list goes on.

Kate Moss, Julia Roberts, Goldie Hawn and even Richard Gere have been seen here. This is a Greek island where you can truly escape the spotlight and indulge in crystal clear water, crisp, fresh Mediterranean food, white washed walls and where you can throw your watch into the ocean and live in the moment, all day every day.

Often called the island of peace, fresh fish are pulled out of the ocean in traditional small wooden boats, and served in the multiple restaurants that night that fill the ocean with atmosphere.

Much of the produce is grown on the island, and there are plenty if bars and tavernas for post dinner drinks. There is everything from the most luxurious to the most modest accommodation here.

Fomenter Island just near Ibiza is ecotourism at its best. Celebrities love it.

This little island is as low key as it gets and Kate Moss, Jade Jagger, Eva Longorio, Elle Macpherson, Sienna Miller and Leonardo DiCaprio have all been seen here. Word has it Prince Rainier and Princess Grace of Monaco stayed here to escape the spotlight as did Jimi Hendrix, Bob Marley and Eric Clapton.

It is very close to Ibiza, but has a completely different personality. There are no parties here. Think ecotourism, and a few rustic Spanish tavernas, next to glistening water and long white stretches of beach.

A lifetime ago, the spot was plagued with hardship, and even famine, but it became the easiest place for the luxury yachts from Ibiza to moor on day trips and worked its way from there .

The food here is excellent and unexpectedly upmarket for such a low key settting. Strict planning laws mean this little haven hasn’t been overrun like the most of the rest of the Spanish Coast. Gorgeous. 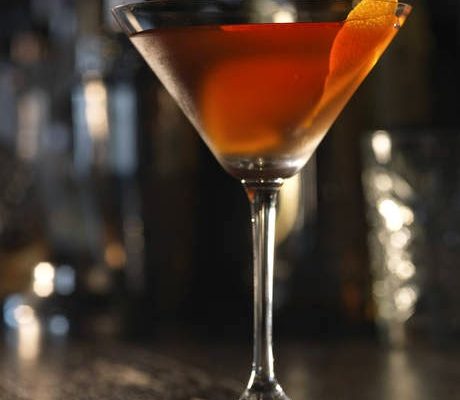