A naked treatment with an Indian Shaman in South America? Yes. 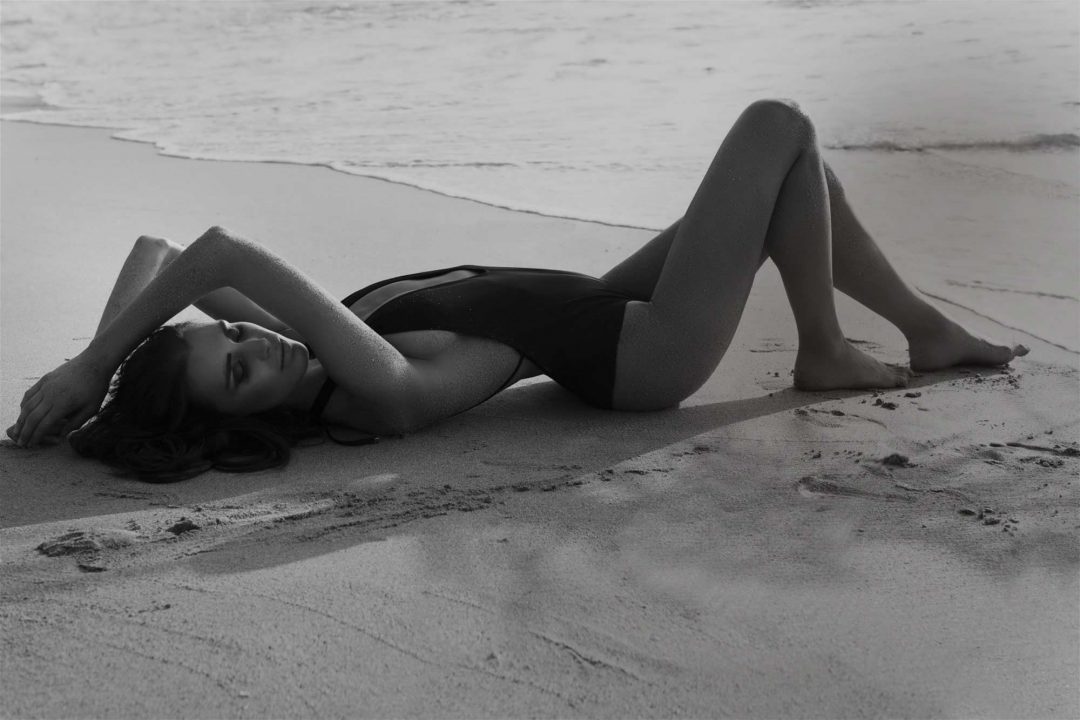 Yes, I got naked in Ecuador (South America) recently with an Indian Shaman, and it was all for my health – and to clear the energy of anyone or anything in my life that needs to go.

I was lucky enough to stay at La Mirage Garden Hotel and Spa last month, and to come face to face with a genuine Shaman. This five star luxury hotel  is heaven on earth, and a step back to colonial times when furniture was elegant, service was warm and friendly and food was exceptional.

It’s one of those five star hotels where you have an experience, not just a stay.

But the highlight was finding myself naked in front of an Indian Shaman having an Indian purification or energy treatment.

It was the hotel’s owner who suggested it, as he said Indian Purification is usually a treatment you find in the Amazon, far from inhabited parts of the continent, so it is a rarity to be able to experience it.

The glamorous spa at La Mirage Garden Hotel and Spa.

I couldn’t say no – and I admit I was sceptical.

The Hotel’s spa is built underground, and the energy healing room is a dark cave with an alter with both catholic and Indian relics on it, as well as beautiful crystals and statues. There was a huge fire crackling and burning in front of me.

A red sunken spa bath sits in front of a wall of lights in the shape of a tree and there is a massage bed. There were candles everywhere and the scent of some sort of exotic incense in the air. It was a little eerie to walk into that, but the spirituality instantly engulfed me.

The Indian Shaman who administers the purification treatment.

I stood naked in front of the alter, whilst the sound of monks chanting played loudly through the speakers, and the Indian Shaman dressed in traditional garments with a huge Indian style long plait down her back started chanting  in a language I couldn’t understand. This treatment is not for the faint hearted.

I took a few deep breaths, and then the fun began. She picked up bunches of leaves which were then dipped in an ice cold liquid and thrown against my body – hard. Lets be honest, I was being whipped. But it was ok. 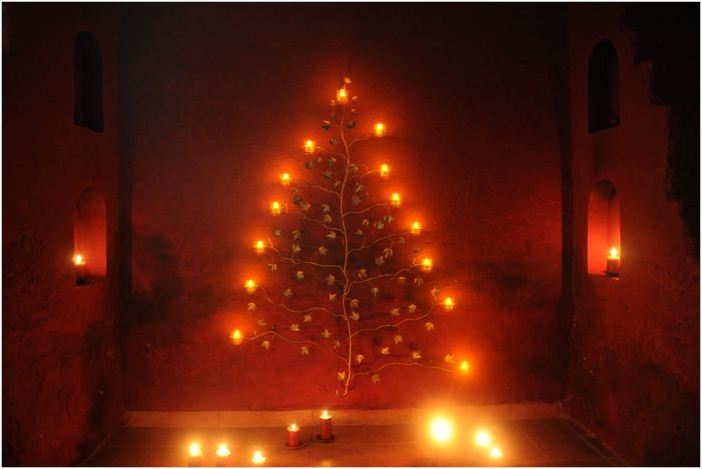 The treatment room at La Mirage Garden Hotel and Spa.

Next she threw dry powder on me, then she inhaled a thick cigar and blew smoke over me front and back multiple times.All the while chanting incessantly, with the only word I could decipher being “Saint Maria”?

The moment the Indian Shaman drank from a glass then spat the liquid on my body was a bit of a shock, but by then I was in a trance of some description and nothing really bothered me. It was cathartic. There was nothing for me to do but let go, which I guess is part of the point as the open fire crackled on and the monks kept chanting.

The theory is that this slightly aggressive physical and spiritual behaviour forces the demons out of you and cleanses your soul. Mentally my mind wandered initially then settled into a meditative state whilst I allowed the Indian healer to take over. 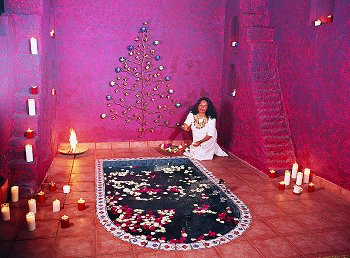 The Shaman at La Mirage was taught by her father, a renowned Shaman – these sorts of skills are passed down through the generations.

The treatment went on for a while – there were scrunched up rose petals in liquid which she used to scrub my body, more bushes dipped in liquid and thrown at me, and so on.

Finally it was time to get into the warm, rose petal filled bath – at which time the Indian healer lit a fire near me and aimed it at the ceiling and chanted more words a lot louder. It was pretty amazing.

The whole purification and healing treatment was absolutely incredible, and I felt totally engaged in the treatment and the process. I could actually feel the negativity leaving my body – I began to feel lighter.

An intense body massage was the final element of the treatment, and it was firm. When it was over, unlike most massages where I end up feeling sedate, I felt energised and uplifted. Ready for action.

I think the takeaway for me was it is always great to try new things, and to be courageous in our pursuit of peace, love and clean energy.

I like the Purification treatment so much, I would actively take a detour on my next trip in this part of the world to have it again.

You can read more about La Mirage here. 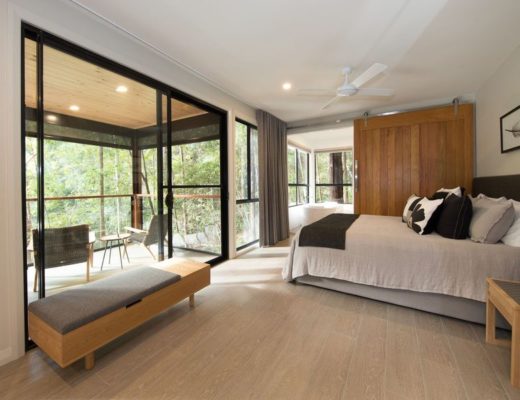 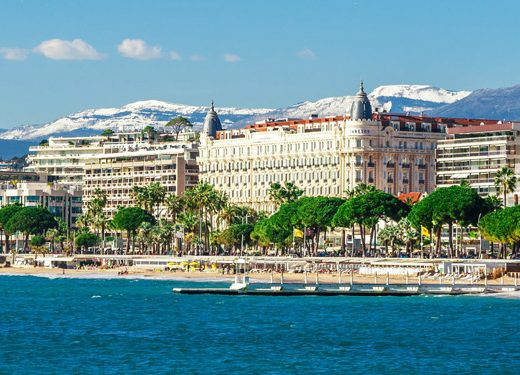