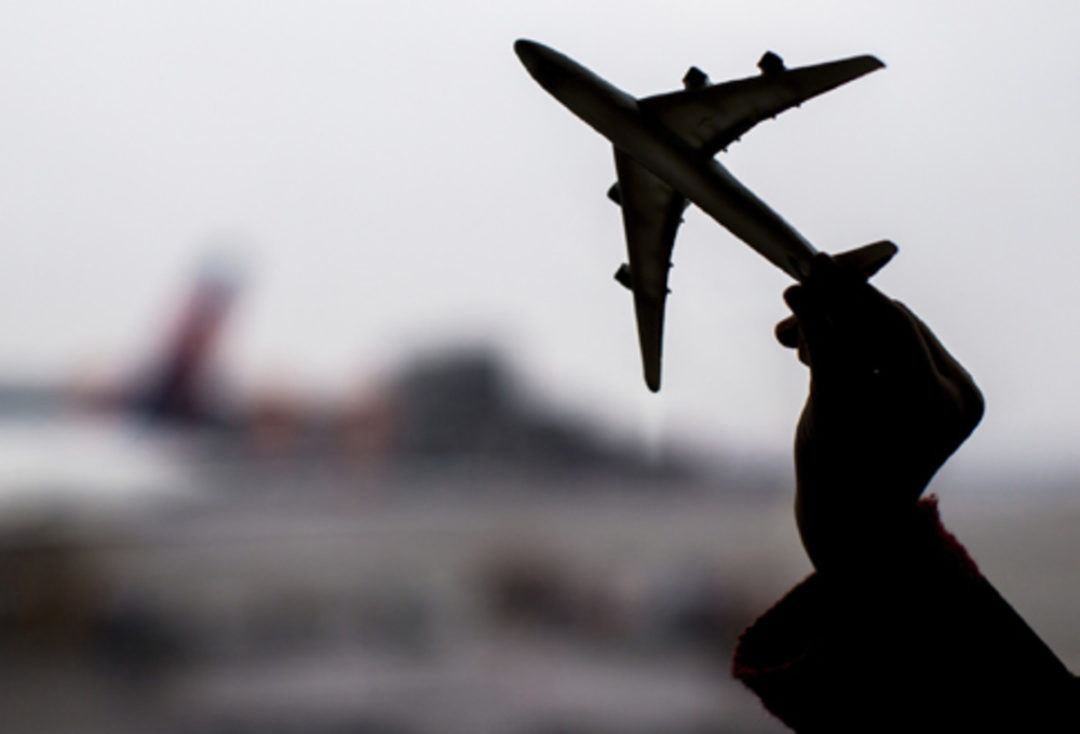 From 16 hour delays to accommodation at a hotel 20 kilometres away, in-flight movies that switch half way through, and no arrival cards MAS need a new PR strategy.

I have flown on four Malaysia Airlines (MAS) flights in the last month. All four were below par. The last two were terrible experiences.

You’d think MAS would have Public Relations and Customer Service as a pretty high priority, given the er.. much publicised events of past years.

But a flight delay in both Ho Chi Minh, Vietnam and Kuala Lumpur, Malaysia last month when I was travelling with my children revealed how appallingly they are treating passengers. The disrespect my 10 year old twins and I were shown multiple times was eye watering.

You see, we missed our MAS connecting flight from Kuala Lumpur to Sydney around midnight, due to the late arrival of our MAS flight from Ho Chi Minh City, Vietnam.

The good news was MAS had organised a hotel for us to stay in overnight, but despite there being 4 hotels at the airport itself, they expected us to get on a bus and drive 25 minutes to Nalai Springs Resort at 12.30am and then back again 4.5 hours later for a 6am flight.

This is how it all unfolded; We were flying from Ho Chi Minh to KL, with a connecting flight in KL on MAS to Sydney about two hours later. I was travelling with my 10 year old twins in economy.

The flight out of Ho Chi Minh was delayed 3 times, for a total of 3 hours. MAS send texts & emails to let passengers know of the delay but these are at least 15 minutes ahead of changes to the aircraft boarding departure times listed in the screens in the airport, causing confusion and indeed chaos.

Concerned we’d miss our connection to our flight to Sydney due to the delay, I tried to locate a MAS member of staff in the airport – there were none.

We were finally told by the man at the airport’s information counter there was a “delay team” for MAS on the ground in KL – it seems delays are part of the MAS business model. Good to know.

Our only option was to sit & wait in Ho Chi Minh airport – for 3 hours – not knowing if we would be connecting to our flight home to Australia. Imagine if we had been going to Sydney for something really important, like a wedding?

MAS don’t have a lounge in the HCMC airport, so as anyone who has been to the airport knows, we were stuck at an airport where the price of food is curiously some 9 times that of the city itself.  (The only thing about this story that wasn’t the fault of MAS).

Finally we boarded the flight to KL – but no-one on board could tell us what was happening – would we make our connection to Sydney? “Maybe” a hostie said. “If there are other people delayed from other flights, they might hold the aircraft for you,” another said. “Would we be put up in a hotel if we missed it? “Maybe”.

So we still didn’t know what was going on.

We finally arrived in KL airport after midnight & someone was at the gate with boarding passes for us to fly the next day. We had missed our connecting flight to Sydney, which was frustrating,  but the good news (we thought) was MAS were putting us up in a hotel that night.

There was a sticker on our boarding passes with Nalai Srings Resort written on it & the MAS representative said to go to level 2 of the airport. For the next 10-15 minutes we went in a wild goose chase trying to find level 2 and gate 21.

Everyone we asked gave us different directions. We were so confused wondering how these people who worked at the airport didn’t know where this airport hotel was. We wrongly assumed the hotel would be at the airport. 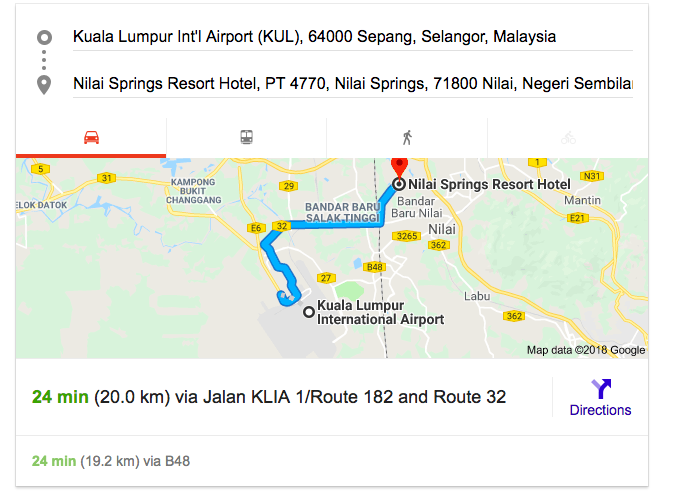 The hotel MAS put delayed passengers in, usually in the early hours of the morning is a 24 minute drive from the airport.

When we finally found gate 21, floor 2, there was a simple explanation – the hotel is not an airport hotel. It’s 20 km from the airport.

We were just about speechless, and exhausted by this time. There are 4 airport hotels in Kuala Lumpur airport & MAS put their passengers up in a hotel 25 minutes drive away. It makes no sense.

Our new flight to Sydney they scheduled us on the next day was at 6am. The woman checking us onto the bus for the 25 minute drive to the MAS hotel was frankly appalling in her customer service.

When I asked her if there were other hotels at the actual airport we could stay in, she said “it’s not your choice”.

Wow. Well actually it was my choice & we promptly got off the bus and went & found an airport hotel and checked in on the spot for about $250.

Checking into that hotel was another challenge – let’s just say without global roaming & access to the internet & travel site Trivago, we would have been stuck.

The next morning; we turned up at the MAS lounge before the flight only to be told it was delayed AGAIN, and two more delays followed.

When we finally boarded the flight to Australia after a 16 hour delay in total, MAS had changed our seats. We were not together, nor were we on a window, which we had requested.

When I asked to see someone about it, Shakeera, arrived, a member of the MAS ground staff who could not have been ruder. I feel like sending her a t-shirt with the logo; “I don’t care about passengers”. She didn’t care about our seats or our delay or anything.

One of our movie screens didn’t work, another movie switched half way through to something else and in both cases the hostess said “It happens all the time.”

We have never been so happy to get off an aircraft – but the final blow? No (compulsory) arrival forms for Australia were on board our aircraft.

And there are none at the airport,as the airport expects airlines to give them to passengers. So you have to ask for them at a particular counter. More chaos.

Given the tumultuous history of this airline, I expected the best customer service around, instead, we got the worst.

Whatever you do, don’t fly with MAS until they have sorted themselves out.

Flying in Luxury: The Most Luxurious First Class Tickets Worldwide 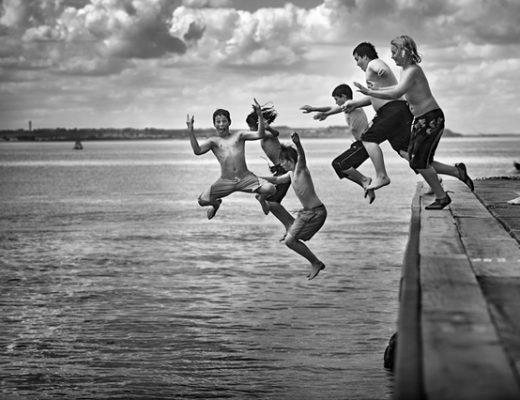 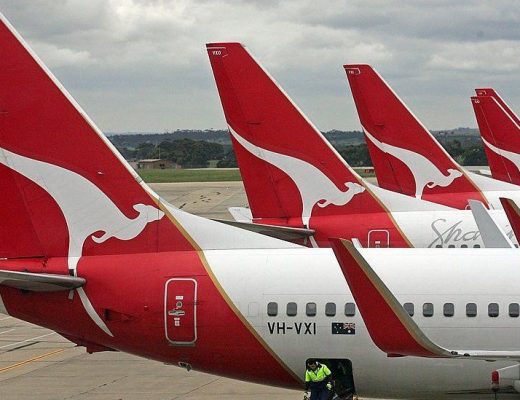 How to get the Australian state borders to open ASAP