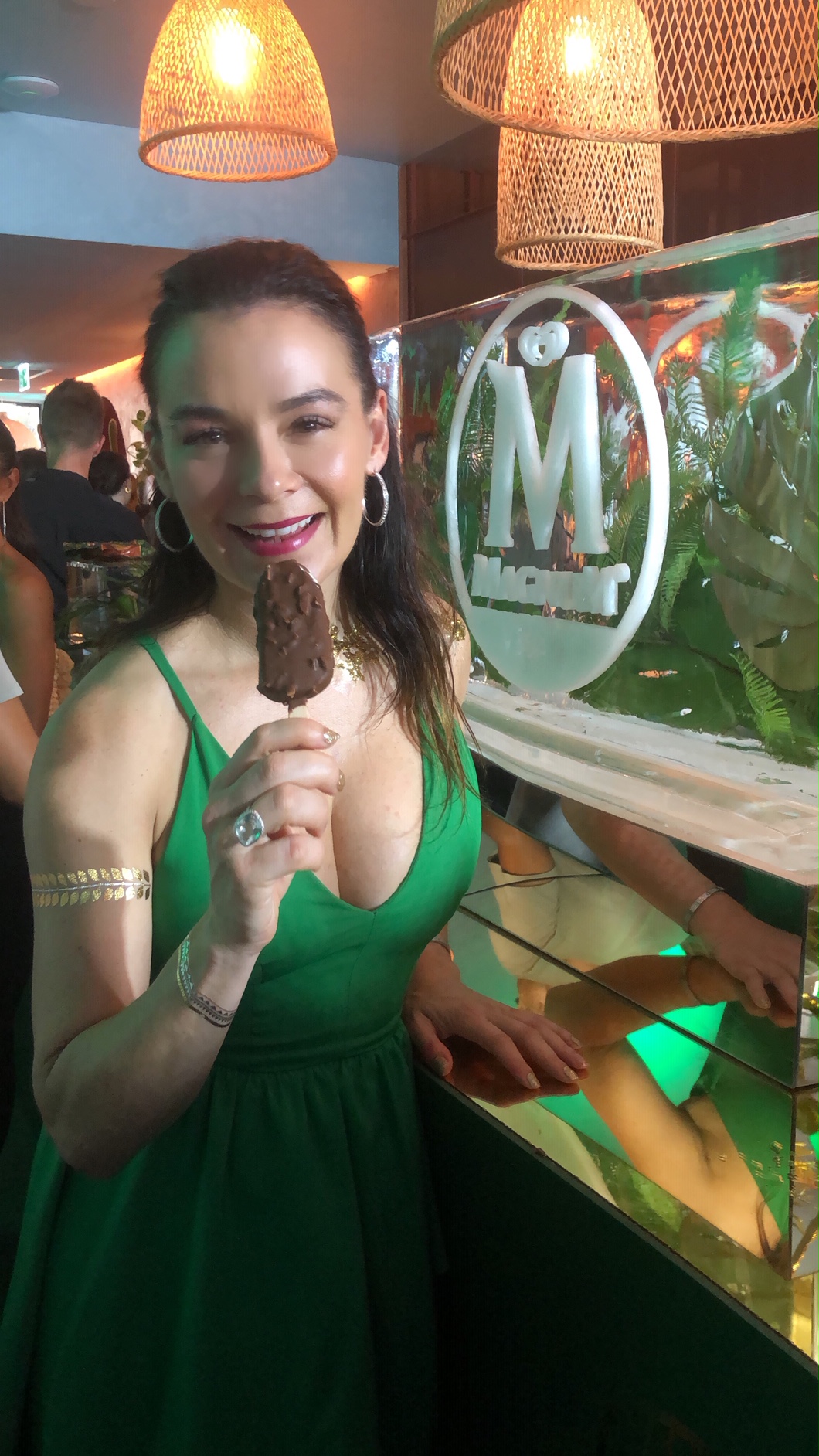 Finally the wait is over for Magnum vegan icecream. This pea protein non-dairy vegan ice cream coated with dairy-free chocolate is available for sale in the UK, Europe and Australia.

It signals a shift- many global food critics are saying the future of icecream is vegan, and that when consumers try it, there will be no going back.

At a no-expense spared party at Fonda Restaurant in Bondi last night, Magnum launched two flavours – non-dairy classic and Magnum non-dairy vegan almond (the latter is the one I prefer).

The chocolate coating is rich and made from 70 percent Belgian cocoa sourced from sustainably-grown rainforest alliance cocoa beans as well as coconut oil.

Unilever describe it as a “velvety plant-based product” that provides a creamy experience without the need for dairy. And that was my experience road testing both flavours for the first time.

Unilever says it was never marketed as ice cream but as iced confection. (In Australia only products with cream or milk can be called ice cream). 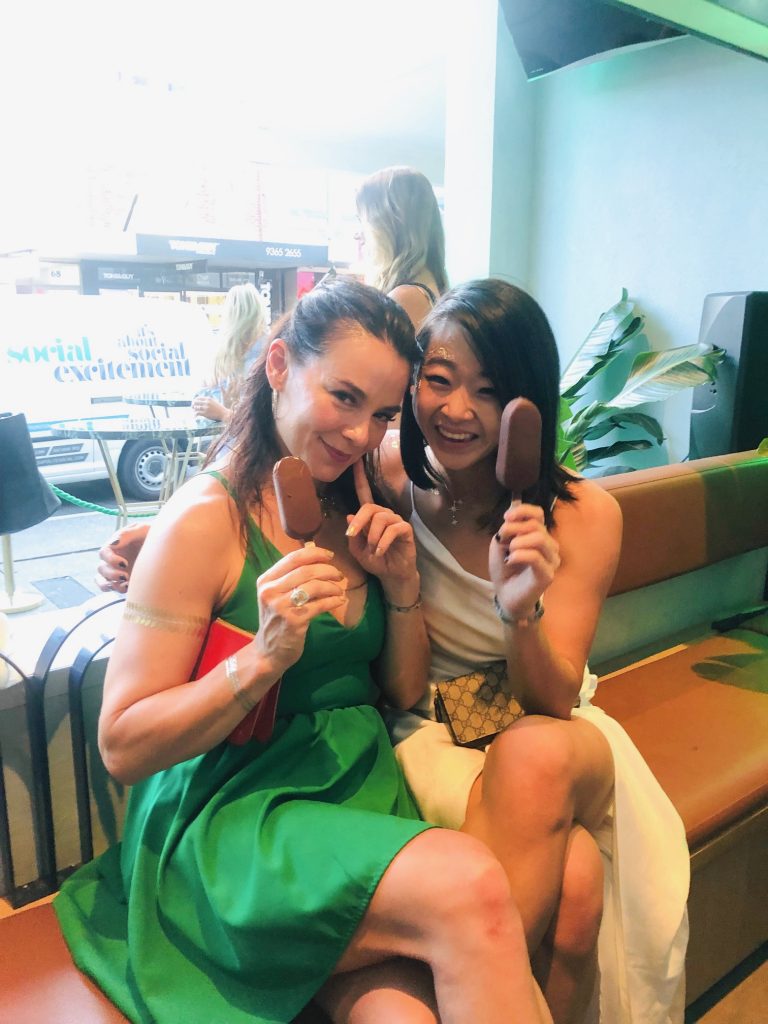 Renae with Blogger @lichipan in Sydney at the launch of vegan Magnum.

The Magnum non-dairy products have been certified Vegan by Vegan Action.

Branded vegan icecream is not new to the food industry. Cornetto has vegan ice cream cones, which use soy -based ice cream, hazelnuts and retain the cheeky non-diary chocolate at the bottom of the cone.

The UK even has its own Ben & Jerry’s non-dairy flavour, Cocconutterly Caramel’d. 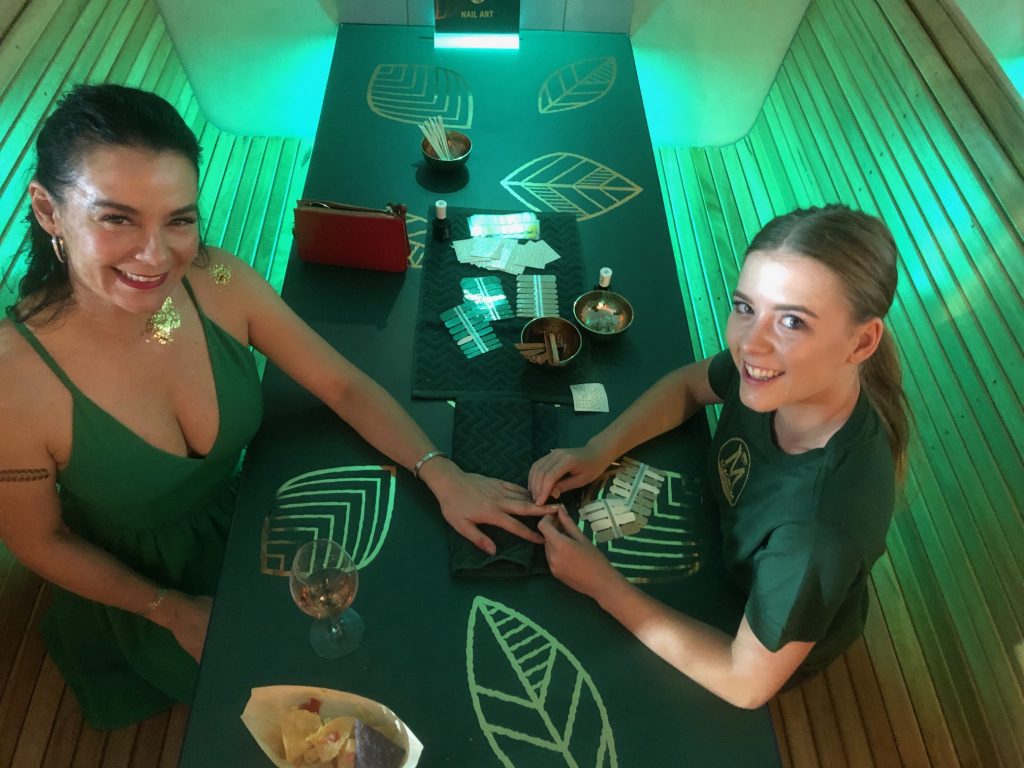 Going green at the launch of Vegan Magnum.

What about the Dairy Industry?

A study by Global Market Insights in 2018 predicts sales of vegan ice-cream products will surpass $1 billion by 2024. Dairy Industry Experts warn this signals a huge problem for the Australian dairy industry.

A spokesman for Australian dairy farmers speaking to The Guardian said “(Magnum) made a very commercial decision to introduce a vegan addition to their Magnum product line to satisfy a very vocal community..it is misleading to call the product icecream.”

One thing is for sure, it make socialising for vegans easier – as they can now join in the fun with their friends and enjoy a vegan Magnum ice cream treat rather than miss out because they don’t eat dairy.

Experts say the vegan trend is being pushed ahead by multiple consumer objectives. These include sustainability, with vegan supporters saying livestock in Australia contribute to global warming as well as significant water wastage. There are multiple health reasons people want to die up dairy and other consumers are concerned about animal welfare. 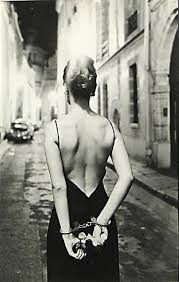