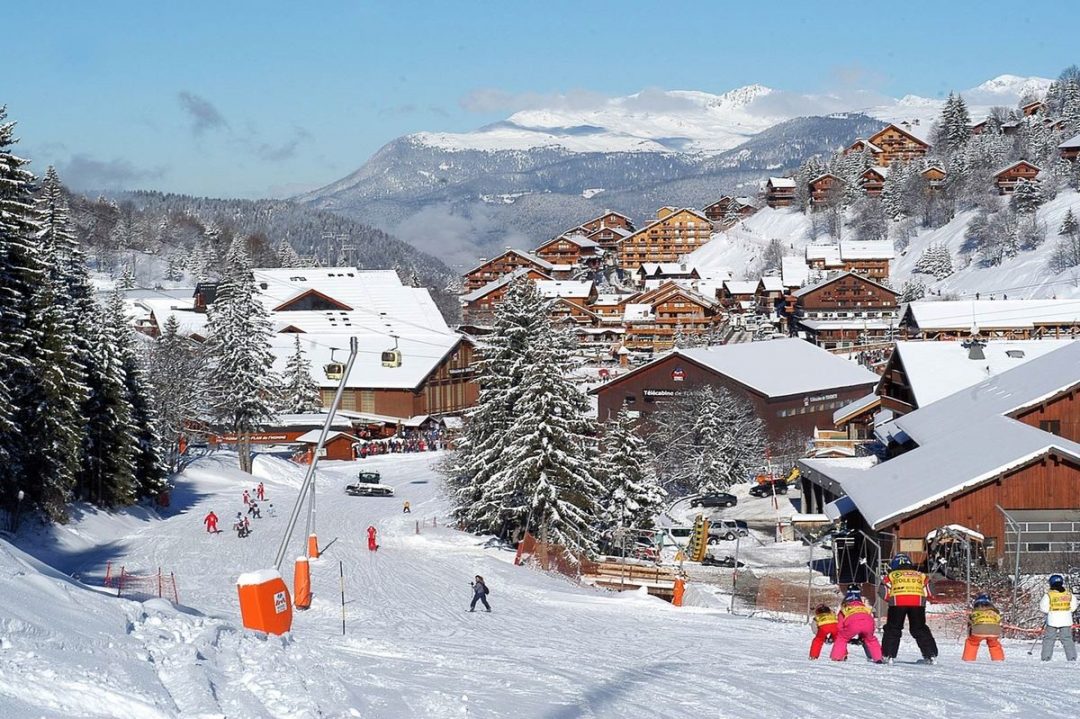 Make these luxury ski resorts in Switzerland, France and Austria a priority for a luxurious European ski getaway in 2020.

There’s something magical about spending winter in Europe, and especially so in a ski resort. From the prospect of a white Christmas, to exploring quaint villages capped in snow and icicles, to après ski by the roaring log-fire.

A winter getaway at a luxury ski resort is a quintessential holiday for adventure lovers, but also those looking to be active and end the day with a mulled wine in hand.

Here are three luxury European ski resorts that should not be overlooked.

Best suited for: ski-ers looking for long runs and diverse places to ski

Val Thorens has just been selected as the best ski resort for the 6th year in a row. It is the highest ski resort in Europe. Being that high, the guarantee of snow is there and is there for far longer than many other resorts.

A whopping 11 restaurants there have Michelin stars in Val Thorens. It has access to 600 ski runs, and 120 kilometres of cross country ski runs. Almost all of the skiable terrain is above 2000m.

There’s even a Club Med, so the whole family can enjoy a ski-ing holiday here. There is a range of other accommodation including five star hotels or apartments.

There are 31 ski lifts servicing 68 pistes. This place is big.

For deep powder and extensive runs, the village exuding Austrian charm, St Anton is voted in the top 5 ski resorts in the Alps for a reason.

With a vast 340km of slopes and 200km of off-piste adventures amongst the trees and down steep mountain faces, St Anton is highly suited to advanced and intermediate skiers, or will quickly elevate the skiing of those progressing.

St. Anton is also one of Europe’s busiest ski resorts, so come prepared to keep up with the hustle and bustle. While children and families are not forgotten here, with a large kids ski school and youth centre in Nasserein, there is a roaring nightlife here that cannot be ignored. Apres Ski was practically invented here, with a large number of pubs, bars and nightclubs on offer.

Expect powder days here; St Anton is one of the snowiest regions in Europe, receiving an average of 7 metres of snow per season.

A state-of-the-art life system makes travelling up the mountain comfortable and efficient, with 88 lifts in total – many chairlifts contain heated seats and hoods, while new gondolas and cable cars provide protection from the elements.

The village of St Anton is an unparalleled example of a traditional Tyrolean mountain village; apex-roofed houses, wooden balconies and snow-capped trees.

Hotel Tannenhof is one of the only five star superior hotels in St Anton and was named Hotel of the Year 2018 by Gault Millau. With only seven suites catering for a maximum of 16 guests, this is the epitome of private luxury.

The rooms are large, with traditional Austrian décor of rustic gleaming wood combined with luxurious and timeless fabrics.

Upon arrival, expect a bottle of champagne, homemade canapes and delicatessen delights awaiting in the suites. Relax and unwind in the egg-shaped deep baths that overlook mountain views, or lounge on the terrace.

Private cars are also provided for duration of stay, as well as 24-hour room service and a concierge for the ultimate convenience.

Additionally, the spa is a highlight, with a pool and jacuzzi overlooking the St Anton’s mountain-scape. There’s also an aroma steam bath and sauna for luxury holistic treatments.

The nearest airport is Innsbruck, a 75-minute drive away, or Friedrichshafen at 90 minutes drive. There are also direct trains daily from Innsbruck and Zurich.

Best for: Adrenaline Junkies and Intermediates

Laax consists of three villages – Films, Laax and Falera – all of which are linked by lifts, providing a large ski area of over 224 kilometres of slopes, 28 ski lifts and 4 terrain parks. There is a large focus on intermediate runs, and as most of the resort faces south or south-east, there is usually plenty of sun.

While this makes Laax perfect for families looking for a sunny-snow holiday, it also means snow conditions can be testing in Spring and may not be suited to strong or advanced skiers. Lift tickets are approx. $131.67 AUD for adults and $87.78 for youth.

What makes Laax different from other European ski resorts is its focus on sustainability. Their “Greenstyle” sustainability program has been in action since 2010, with the goal of becoming the first “self-sufficient ski resort” in the world.

Further, the sunny-orientation of the slopes makes them perfect for utilising solar power. Currently, solar panels account for 25-30% of annual electricity requirements.

The villages of Laax and Films both offer traditional villages called Dorf, where a plethora of traditional chalets, modern apartments and luxury hotels are all on offer, some only minutes from the slopes. The quaint village of Laax is situated around a gorgeous Alpine lake and features more modern touches, while Films caters for traditional swiss experiences and living.

For 5-star luxury, the Waldhaus Films Alpine Grand Hotel & Spa located in Films exudes Swiss elegance, as the largest hotel park in Switzerland. Belle Epoque influences, known as “the beautiful era”, mark this beautiful hotel, which was built in 1877 and completely restored in 2016.

Set amongst fairy-tale greenery of forests and overshadowed by picturesque views of the alps, Waldhaus offers 6 restaurants and bars. While the 143 rooms and suites are modern with sophisticated and elegant touches.

For convenience, there’s a complimentary ski shuttle to and from the cable car in Films, connecting guests to the snow.

Prices start per night at $1173 AUD for a Deluxe Junior Suite, which features a balcony and complimentary mini-bar.

Best for: intermediates and families

Located in the Tarentaise Valley in the French Alps, Méribel offers an expansive 150km of pistes, with 41 lifts. Over half their piste is rated as easy, and experts may be disappointed with the lack of extremely steep runs, making this a perfect family resort.

At the heart of the Trois Vallées ski area, Meribel also offers access to a combined and connected 600km of pistes over three valley ski areas. Lift passes usually offer access to the whole valley, and range from $81 for an adult to $65 for children.

This is one of the world’s largest ski resort areas; with so much to explore it’s unlikely everything will be seen in a single holiday. It also means crowds can sometimes be an issue; so expect the village and runs to be crawling and jam-packed with ski lovers and families alike.

Méribel on a blizzard or poor-weather day is best enjoyed indoors, nestled in front of a chalet fire. The tall, wide slopes of Meribel offer little protection from the elements.

On a blizzarding or windy day, time is better spent indoors in front of the roaring chalet fire, hot cocoa or mulled wine in hand. It also means that the snow quality can deteriorate early and late in the season due to exposure to the sun; with ice in the morning and slush in the afternoon.

Ski in, ski out accommodation is available at the top of the resort at Méribel Mottaret, while, Méribel Centre is the largest village offering and is the quintessential picturesque snow-topped chalets.

Luxury apartments such as Résidence Pierre & Vacances Premium L’Hévana, are a fabulous choice ($718 per night, depending on dates). A 5-star  take on a French chateau, these fully self-contained apartments are modern and large, with décor steeped in chic greys and mutual tones.

Most of the apartments sleep up to 8 people, making them perfect for groups. There’s also an onsite pool, spa, restaurant and bar for the ultimate convenience.

The cities of Grenoble and Geneva are roughly two hours 15 minutes drive away from Meribel, their airports offering a number of flights daily for easy access.

The closest airport is Chambéry (one hour 20 minute drive), however daily flights are limited and usually only operate on weekends. 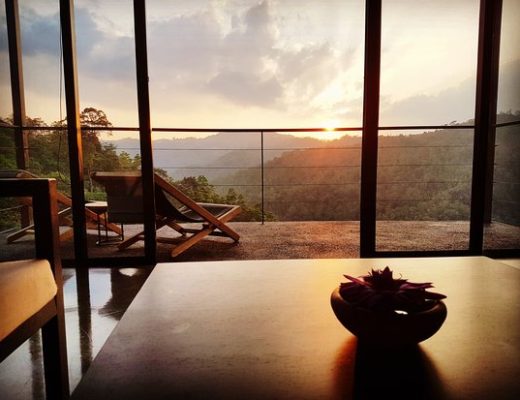 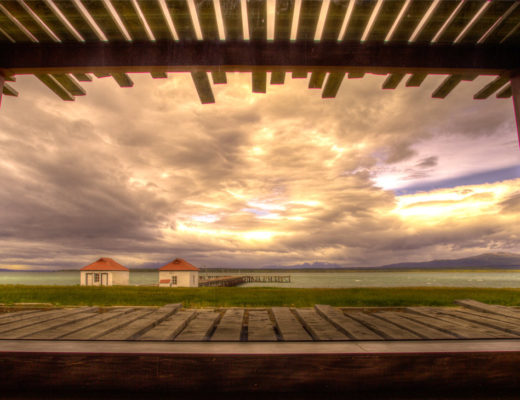