The Best Relationship Tips & Advice Ever

Max Markson is a philosopher of our time, as has incredible insights and advice on just about everything.

A while ago, he published this relationship advice which is one of the best pieces of advice I have read in a long time:

There’s a grey area in dating many people get hung up on — a grey area where feelings are ambiguous or one person has stronger feelings than the other.

As a man, a huge question is often whether to be persistent and continue pursuing a woman even when she seems lukewarm or hot/cold on your advances. For women, a common question is what to do with men who make their feelings ambiguous.

“She said she’s not interested, but she still flirts with me, so what do I need to do to get her?”
“Well, I know she likes me, but she didn’t call me back last weekend, what should I do?”
“He treats me well when he’s around, but he’s hardly around. What does that mean?”

Most dating advice exists to “solve” this grey area for people. Say this line. Text her this. Call him this many times. Wear that.

Much of it gets exceedingly analytical, to the point where some men and women actually spend more time analyzing behaviors than actually, you know, behaving.

Frustration with this grey area also drives many people to unnecessary manipulation, drama and game-playing.

This is where you get rules about making men pay for this many dates before you can become intimate. Or how men need to transition from attraction phase to comfort phase by qualifying three times before they’re allowed to commence an escalation ladder.

These things may seem clever and exciting to some people who are stuck or frustrated. But this dating advice misses the point. If you’re in the grey area to begin with, you’ve already lost.

You shouldn’t need to convince anyone to date you – if you are, move on.

What does that say about you? That you believe you need to convince people to be with you?

You wouldn’t buy a dog that bites you all the time. And you wouldn’t be friends with someone who regularly ditches you. You wouldn’t work a job that doesn’t pay you. Then why the hell are you trying to make a girlfriend out of a woman who doesn’t want to date you? Where’s your self-respect?

The entrepreneur Derek Sivers once wrote a blog post where he said that “If I’m not saying ‘Hell Yeah!’ to something, then I say no.” It served him well in the business world and now I’d like to apply it to the dating world. And because I’m more of a vulgar asshole than Derek is, I’ll christen mine The Law of “Fuck Yes or No.”

The Law of “Fuck Yes or No” states that when you want to get involved with someone new, in whatever capacity, they must inspire you to say “Fuck Yes” in order for you to proceed with them.

The Law of “Fuck Yes or No” also states that when you want to get involved with someone new, in whatever capacity, THEY must respond with a “Fuck Yes” in order for you to proceed with them.

This may sound a bit idealistic to some. But The Law of “Fuck Yes or No” has many tangible benefits on your dating life:

No longer be strung along by people who aren’t that into you. End all of the headaches. End the wishing and hoping. End the disappoint and anger that inevitably follows. Start practicing self-respect. Become the rejector, not the rejected.

No longer pursue people you are so-so on for ego purposes. We’ve all been there. We were so-so about somebody, but we went along with it because nothing better was around. And we all have a few we’d like to take back. No more.

Consent issues are instantly resolved. If someone is playing games with you, playing hard to get, or pressuring you into doing something you’re unsure about, your answer is now easy. Or as I often like to say in regards to dating, “If you have to ask, then that’s your answer.”

Establish strong personal boundaries and enforcing them. Maintaining strong boundaries not only makes one more confident and attractive, but also helps to preserve one’s sanity in the long-run.
Always know where you stand with the other person. Since you’re now freeing up so much time and energy from people you’re not that into, and people who are not that into you, you now find yourself perpetually in interactions where people’s intentions are clear and enthusiastic. Sweet!

The Law of “Fuck Yes or No” is applicable to dating, sex, relationships, even friendships. You may have absolutely nothing in common with that bartender. But they’re hot and are interested in getting down. Is it a “Fuck Yes!” for sex? It is? Then game on.

Wrapped up in that sweet guy who treats you so well, except goes weeks without calling you and suddenly disappears after a couple drinks and a round of the horizontal polka? Been wondering if he really likes you? Do his excuses of being so busy all the time seem legit? It doesn’t sound like the answer is a “Fuck yes.” Then it’s time to move on.

Making out with a girl at your house and every time you go to take her shirt off she swats your hands away? That is not a “Fuck Yes,” my friend, therefore, it’s a no and not worth pressuring her. The best sex is “Fuck Yes” sex — i.e., both people are shouting “Fuck Yes” as they hop between the sheets together. If she’s not hopping, then there’s no fucking.

(Hint Fellas: This is a great time to ask the girl why she’s not comfortable, and what she’s looking for from you. That, by itself — you know, treating her like a human and empathizing with her — often solves this “problem.”)

Want to date that woman you met last weekend but she keeps ignoring your texts and calls? Not sure what to say or do, especially since she seemed so happy to go out with you when you initially met her? Well, my friend, this is obviously not a “Fuck Yes.” Therefore, it is a “No.” Delete her number and move on.

Fuck Yes or No applies to relationships as well. My girlfriend works with a guy who got married because “it seemed like the right thing to do.” Four years later, he was cheating on his wife every chance he got. The marriage was not a Fuck Yes for him, therefore it should have been a No.

Sometimes The Law of Fuck Yes or No will apply differently on different levels. You may be a “Fuck Yes” for friendship with someone, but mildly excited to have sex with them. Therefore, it’s a no. You may be a “Fuck Yes” on banging someone’s brains out, but a definite “No” on actually spending any time with them. Apply the law to your decision-making as it suits your current needs.

But the real beauty of The Law of “Fuck Yes or No” is that it simplifies the problems you can have in your dating life.

When applying the Law of “Fuck Yes or No,” there are really only two problems one can have.

The first problem is people who never feel a “Fuck Yes” for anybody they meet. If you are lukewarm on absolutely everyone you meet, then either your demographics are way off, or you suffer from a lack of vulnerability and are protecting yourself by remaining indifferent and unenthused by all of those around you.

Remember, it’s your job to look for something cool in everyone you meet; it’s not their job to show you. This is life, not a fucking sales convention. Learning to appreciate people you meet is a skill you cultivate. So get on it. This doesn’t mean you have to fall in love with everyone who breathes in your direction. It just means you need to take responsibility for your ability to connect with the people you are meeting.

The second problem is people who never meet others who feel a “Fuck Yes” for them. If all of the people you pursue give you a mild responses, or outright rejections, then it’s time to focus on improving yourself. Ask yourself, what is it about yourself that would inspire others to say “Fuck Yes” about you? If the answer is not obvious, then you get to work. Build yourself into a person others would say “Fuck Yes” to.

And this is the ultimate dating advice lesson — man, woman, gay, straight, trans, furry, whatever — the only real dating advice is self improvement. Everything else is a distraction, a futile battle in the grey area, a prolonged ego trip. Because, yes, with the right tools and performance, you may be able to con somebody into sleeping with you, dating you, even marrying you. But you will have won the battle by sacrificing the war, the war of long-term happiness. 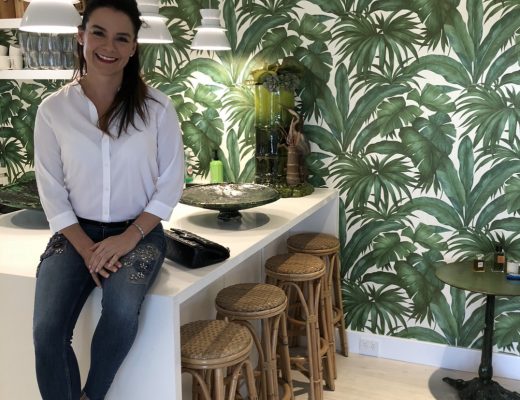 The best foundation for all skin types

This week: An expert told me how to find my soulmate in three weeks