iPhone 8 will have wireless charging and be waterproof

The CEO of the company that manufacturers the phones let a few secrets slip about the new Apple iPhone 8.

We all love our Apple iPhones, especially when travelling and they’re about to get a whole lot better according to some tech rumours.

Robert Hwang, CEO of iPhone manufacturer Wistron Corp has strongly suggested the Apple iPhone 8 will have wireless charging and be waterproof.

It’s rumoured a piece of graphite will be built into the Apple iPhone 8 phones so they don’t overheat whilst charging without a chord, presumably using bluetooth or a wireless charging plate much like the Apple iWatch.

Hwang was speaking after the annual shareholders meeting.

Whilst the Apple iPhone 7 and 7 plus already have an IP67 waterproof rating  which means they can be submerged in one metre of water for 30 minutes, it would appear the waterproofing will be taken to the next level on the new Apple iphone 8 device. So if you drop it into the ocean, it might even survive.

The iPhone 8 will be Apple’s 10th anniversary device, and brace yourself for a very futuristic new design too.

The aluminium casing will likely be replaced with glass, and the camera will be improved and vertically aligned ( so it will look quite different – longer). And there are rumours the whole thing will be glass, with a stainless steel frame, so it will be flatter and have a more modern feel – and the home button will go from the front.

The release date is a much guarded secret as usual, but tech geeks we spoke to predict September/October. Stay tuned.

Pilates Re-Invented; the easiest way to tone your core. 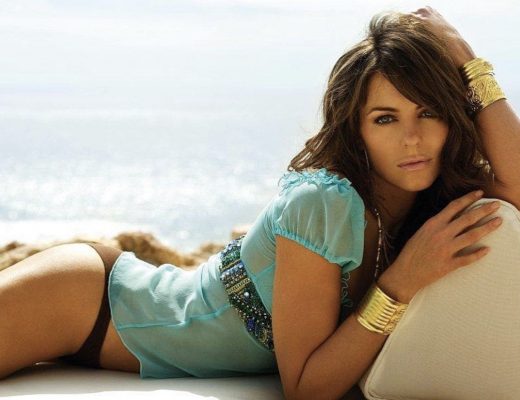 THIS is how the French (and Heidi Klum, and Liz Hurley) really stay thin