London: The Most Exclusive Barber’s Chair in the world

I love all things British, and this opulent fragrance brand encapsulates the very best of England.

British Brand Atkinsons has one of the most luxurious flagship  boutiques in London’s Burlington Arcade, Mayfair,  just steps away from the brand’s original premises at 24 Bond Street where it opened in 1799 making it Britain’s second oldest perfume house.

If you’ve got a spare hour or two one London afternoon, it is the perfect place to book your man in for a British barber’s haircut (although they do also see women), with super stylish Umberto. 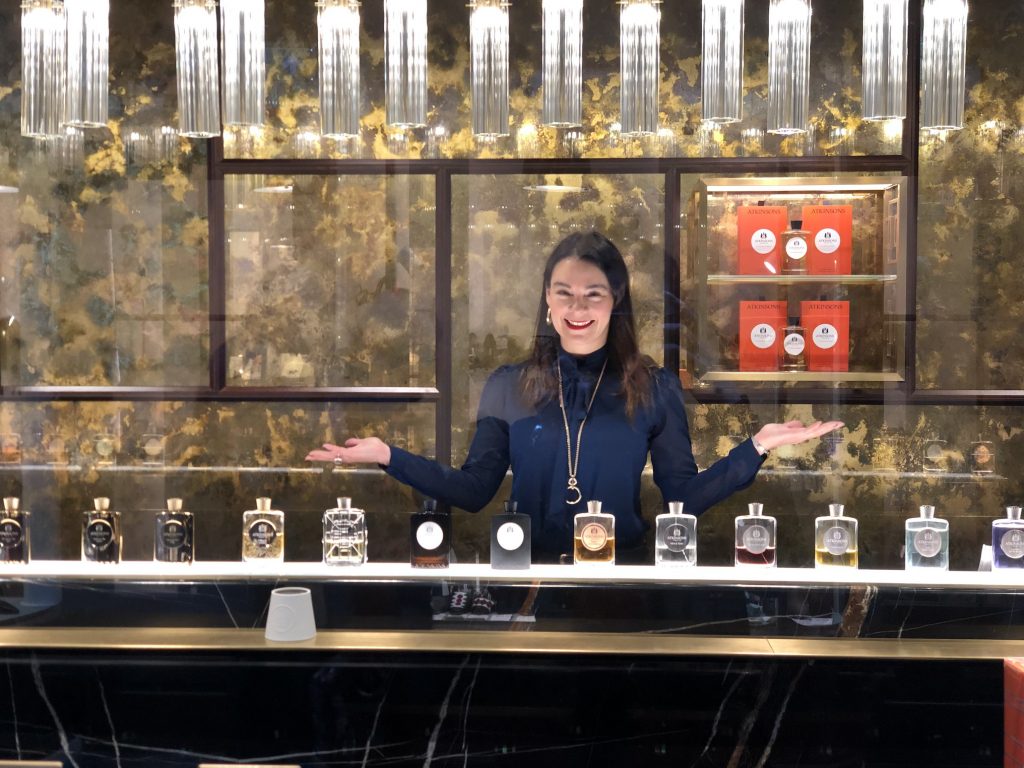 You can then spend some time indulging at one of the world’s most beautiful fragrance bars, where you can enjoy exploring some serious luxe fragrances in this opulent, British store. 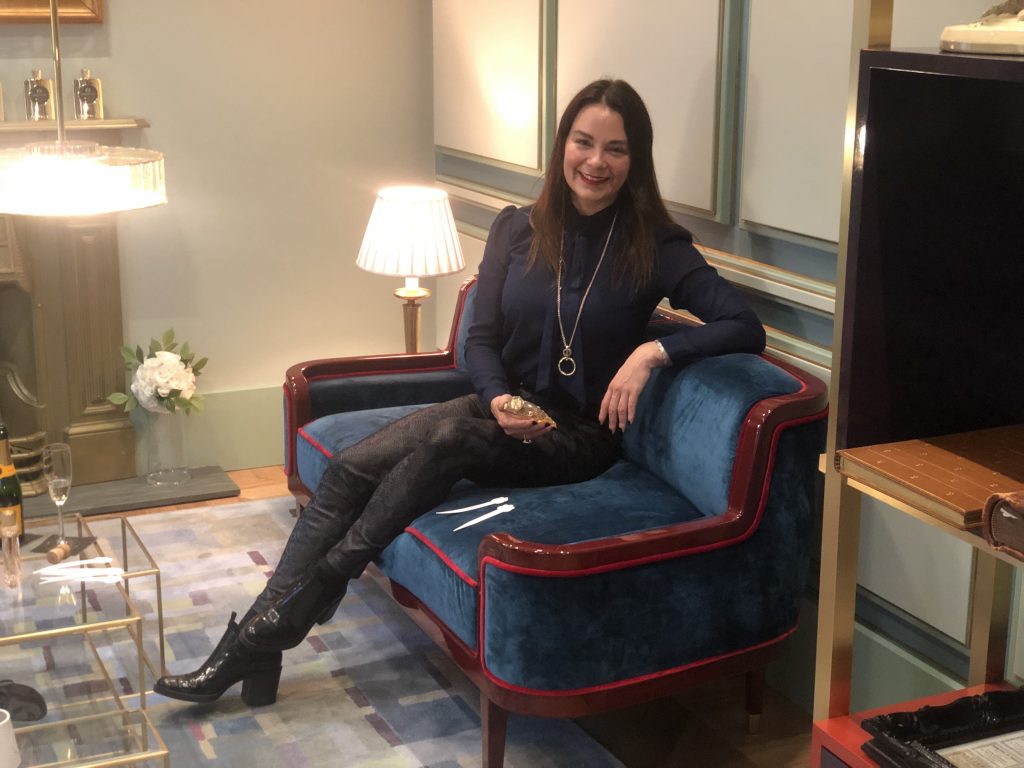 Renae Leith-Manos at Atkinsons in The Burlington Arcade, London.

The first Atkinsons store over 200 years ago was in London, but interestingly the second was in Sydney.

Clients of this gold gilded luxe brand have included Queen Victoria and The Duke Of Wellington, and King George IV who gave the brand a Royal Warrant. The Tsar of Russia, The King of Italy as well as aristocrats and the wealthiest of Britain were fans. 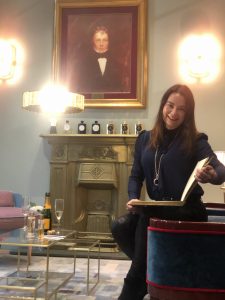 London is full of historic, luxury brands, and Atkinsons is all of that rolled into one and one of the best niche brands in British fragrances.

This new spectacular  three level store was designed by  Christopher Jenner and located in The Burlington Arcade, often dubbed a beacon of Britishness. It opened at the end of 2017, after a nine month refurbishment, and is the first new boutique for the brand in 60 years.

It is absolute luxury and elegance and fitted out with the very best of Britain including marble, mirrors, brass and velvet finishes as well as bespoke hand made furniture pieces.

Upstairs is more like an upscale apartment, with pure silk carpets, and historical books containing records of the brand’s famous clients and their purchases.

The founder of this niche brand, James Atkinson was known as a luminary, and an eccentricity who changed the concept of cologne by introducing spicy fragrances.

He is also known for creating the natural bouquet, and for becoming the official perfumer to the court of England. He is said to be the one who introduced the concept of the white dress and veil to weddings. Atkinson was also one of the first to introduce rose fragrance  into balm. 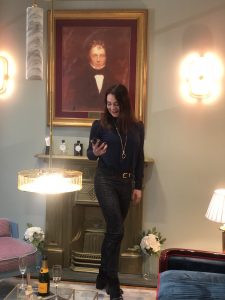 He famously had a live bear in the window of the store not only to attract customers, but to create a point of difference and bring some fun to fragrance. “The most marvellous perfume shop with the most terrifying bear” Londoners were heard saying. This bear is still a part of the branding today.

In fact, that original store is just a stone’s throw from the new, where Salvatore Ferragamo is located today, but if you look up at the gothic-style building, you can see the branding ‘Atkinsons 1799’ still on the building.

Back then Atkinson introduced bear’s grease, a product that was suppose to help bald men grow back their hair.

Many of the new fragrances are interpretations of the original fragrances, and the brand is selling in over 33 countries globally in over 480 doors around the world.

Shortly, private fragrance consultations  will be available, the cost refundable upon purchase.

Click here for more about Atkinsons and click here to read about one of Renae’s favourite hotel in London.

MAC Liptensity could be the best lipstick ever 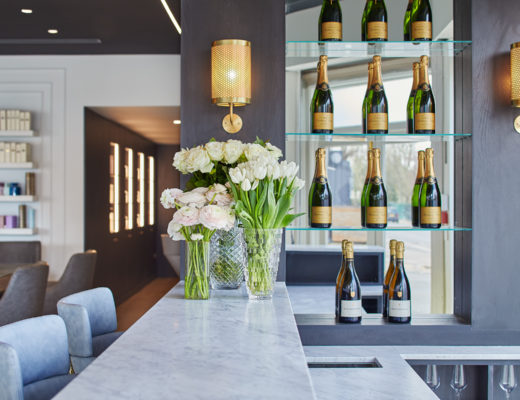