6 Films to Watch Before Your South African Adventure. 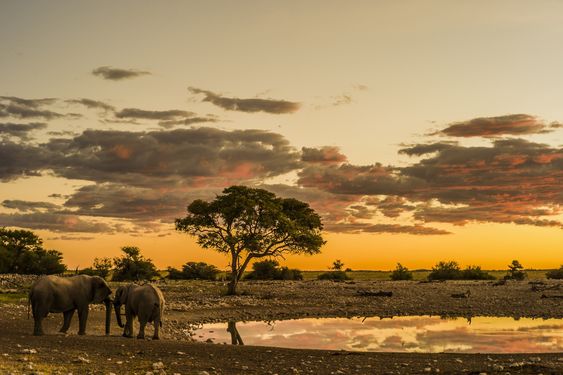 Doing your research before traveling is essential.

These inspiring films are a great starting point to learn more about South Africa.

Whether you are planning on traveling to South Africa, you have already been, or you would just like to learn more about the country’s rich history and culture, these films will allow you to immerse yourself in all that South Africa has to offer.

Watch if you: want to learn about Nelson Mandela’s life journey and South Africa’s political history.

This biographical film chronicles Mandela’s childhood in South Africa’s Cape Province, twenty-seven years in prison and then inauguration as the first democratically elected president of South Africa. Filmed in 2013, Mandela: Long Walk to Freedom is based on the 1995 autobiographical book and pays homage to who many call “the father of the nation”.

Watch if you: want to learn more about the events surrounding the 1995 Rugby World Cup and the ramifications this had on South Africa as a country.

Biographical sports drama, Invictus tells the inspiring true story of how newly elected Nelson Mandela joined forces with the Captain of South Africa’s rugby team, Francois Pienaar to help unite their country. Set in 1995, in the wake of apartheid, this film documents how the universal language of sport can have lasting effects both on and off the field as it unites an economically and racially divided nation.

Watch If you: want to gain insight into the life of a homeless South African boy.

Tsotsi is a 2005 crime drama set in the Alexandra slum of Johannesburg, South Africa. The film follows the life of David/Tsotsi (Tsotsitaal is a name for “criminal”) who steals a car before discovering a baby in the back seat, bringing about a change in his character. Tsotsi won the 2006 Academy Award for Best Foreign Language Film and was nominated for the Golden Globe for Best Foreign Language Film.

Watch If you: want to gain insight into the political events of South Africa under apartheid. This film shows the strength, perseverance and loyalty of the people that call South Africa home.

Made in 1987 by Richard Attenborough (the brother of documentarian David Attenborough) Cry Freedom is set in late-1970s apartheid-era South Africa. Centering around the real-life events involving South African journalist Donald Woods who is forced to leave the country after attempting to investigate the death in custody of his friend, the black activist Steve Biko.

Watch If you: want to gain insight into the struggles of a South African mother stricken by disease and the realities that she faces.

Made in 2004, this monumental film was Oscar-nominated for the Best Foreign Language Film category. Filmed entirely in Zulu, Yesterday follows the story of a hardworking young mother, Yesterday who is diagnosed with HIV. Her husband rejects her despite being responsible for her infection. Her goal becomes to live long enough to see her daughter go to school. This movie is a tear-jerker.

Watch If you: enjoy musicals. Sarafina! highlights the impressive landscape of South Africa whilst giving insight into the country’s rich history and culture.

Sarafina! is a musical drama set in 1976 in apartheid South Africa. The plot centres on students involved in the Soweto Uprising, Johannesburg who opposed the implementation of Afrikaans as the language of instruction in schools. The musical numbers are well integrated in the film. The screen-writer drew inspiration from the songs and music which formed an important element to anti-apartheid protests of the time.

Wellness Rules To Stick By If You Are Travelling

SIMPLIFYING MY LIFE 💕 Nobody will do it for yo