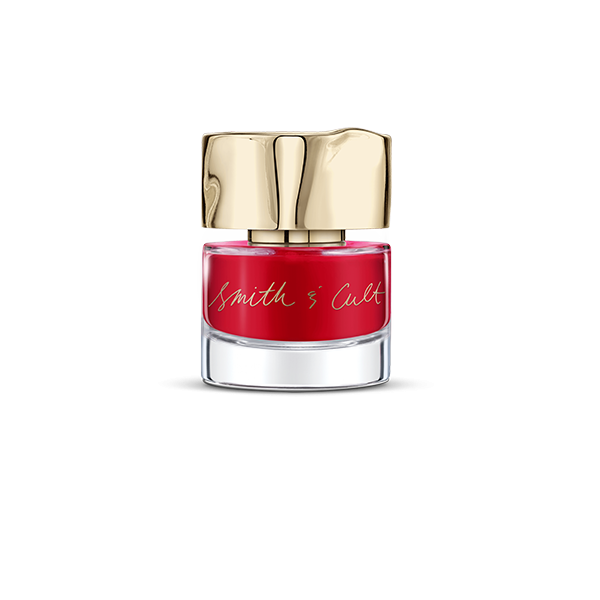 The amazing beauty brand that is about to go global, no, really.

I was lucky enough to hang out with LA based Jeanne Chavez during her stay in Australia, and hear the inside story about Smith & Cult, one of the world’s most popular nail polish and beauty brands right now.

There are two stunning American women behind this brand who truly know beauty. Jeanne and Dinah Mohajer are friends first, and business partners second. 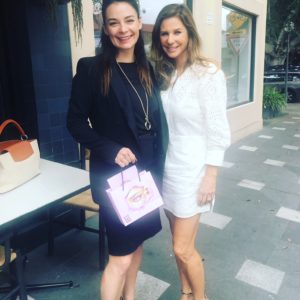 Renae Leith-Manos and Jeanne Chavez from Smith & Cult hanging out in Sydney.

This isn’t the first brand the pair have created. They are the girls behind Hard Candy, a funky, colourful brand they launched in 1994 and ultimately sold to Sephora.

“We launched Hard Candy in 1994, and it was a magical year in the world of beauty,” Jeanne explained.

“A host of amazing brands were launched including Benefit, Philosophy, Urban Decay, Tony & Tina, and Bobbi Brown had 5 or 6 lipsticks and that was it.

“They were such good brands and most were considered Indie brands then as they were so new and different. Nordstrums in the US took us all on, and we all had success. Within three years we sold out to Sephora, and we always said we wished we were one of those brands who could have held on, (and not sold so soon) but we didn’t have financiers, so we couldn’t.”

Best friends since their teens, Jeanne said the pair met and “fell in love” so to speak (yep, pst women can rate to that about another woman). After selling Hard Candy, Jeanne married her love and moved to the suburbs and had three children.

Dinah stayed in the city and had no desires for a family. 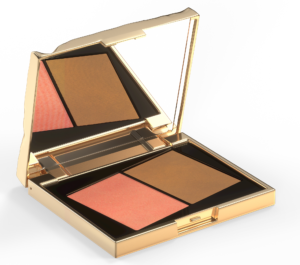 A cheek palette from Smith & Cult.

It was these strong differences in their life journeys that keep them together, and became the inspiration for their new brand name, Smith & Cult.

“I am like Mrs Smith, in the suburbs with 3 kids, and Dineh is the cult girl in the city who married a drummer 13 years younger than her.

“She is very rebellious and has that amazing eye. We first made the polishes and the bottles were smooth. She was the one who saw it and said ‘we need to mess it up”, and started hitting the metal top to create dents so it is what is is today.

The brand is as real and as different as the two girls are. 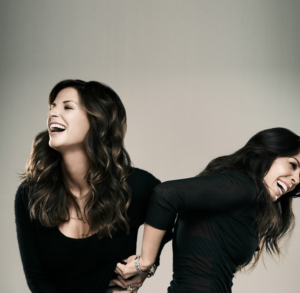 “Smith & Cult is not about what’s happen on the runway,” Jeanne explained. It is about being real. We are real girls, and that’s what we wanted out brand to reflect.

She said it has been challenging, but their history in the beauty world had a huge impact on their ability to launch quickly and successfully.

“Because of our legacy it was definitely easier,” she explained. “Today you need at least $2 million to start a brand, for a social media agency, a site, the formulas and so on.

“Our investors have given us full creative control, which is key. They want artist driven brands and don’t want us to be influenced by distribution. We met with an investor, and they said ‘lets go big, fast’, and we said yes. 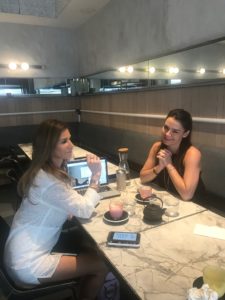 Renae Leith-Manos and Jeanne Chavez from Smith & Cult hanging out in Sydney.

Smith & Cult are now in 15 countries after just 2.5 years in business. And their goal?

“I think for all brands, the pot of gold is being acquired but once you are, it’s so hard to maintain control.”

The brand is expecting to realease 80-100 new products next year – and I cannot wait!

Smith & Cult are sold in Sephora.

Beauty Box: How to look amazing this Autumn