Travel Tips: Is This The Worst Business Class Lounge In The World? 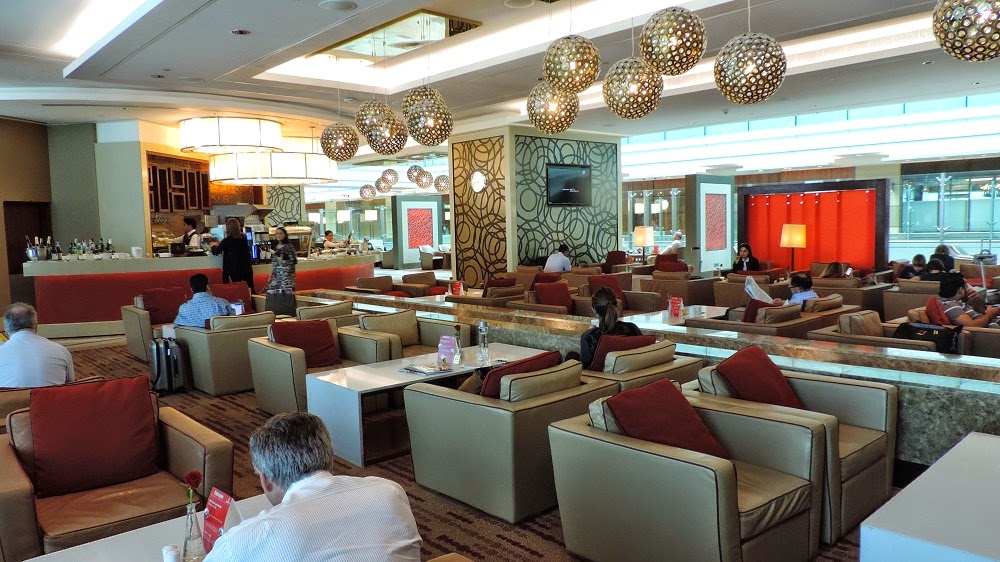 A recent experience with Qantas in the Emirates lounge in Dubai made me realise you don’t always get what you pay for.

Following this expose in the SMH recently about Qantas, and a horror flight a journalist experienced when flying from Santiago to Sydney, I thought I would write about the horrible experience I had in the Qantas Business Class Lounge in Dubai.

I am a Silver member of Qantas Club and have been for over a decade. My 9 year old twins are silver frequent flyers. I am a single mum.

I was flying economy from Sydney to Dubai, Dubai to London recently, and I arrived at the check in desk at The Emirates Business Class lounge, where for years I have been welcomed with my two children with my Qantas Club membership, to coldly be told I was not allowed in with two children, only one. Remember, they’re twins. We are a family. 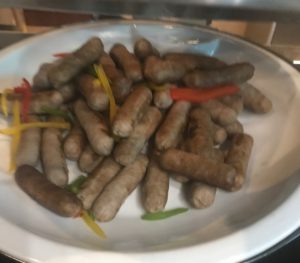 What looked and tasted like re-constituted sausages at the Qantas/Emirates Business Class Lounge.

It wasn’t just that we were rejected, but the way in which we were treated was appalling. I was made to feel like my children were an imposition because there were two of them.

After expressing my frustration, I asked to see a supervisor. When she finally arrived she was ruder than the first member of staff and treated me like an imposter. I was told by her I could pay US$50 to get an extra child into the lounge or leave at once. Wow.

I certainly felt ripped off and that it was unreasonable to charge a mother who is a paid-up Qantas frequent flyer and club member of over 15  years standing, but like most parents in that situation, I paid.

The supervisor even made me feel like the payment was a hassle for them as they had to find a “credit card person” to process it and it took 15 minutes.

This is all when our layover was under two hours in total. Time was of the essence for us, but the staff couldn’t care less.

When I asked the supervisor for her name, she refused to give it to me. More wow.

When we finally got into the lounge, it was certainly the worst business class lounge experience we have ever had. 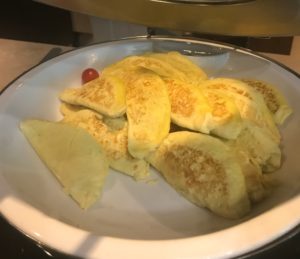 These dried eggs were not moving quickly in the lounge.

There was almost nowhere to sit and definitely nowhere for the three of us to sit as a family as it was so full.

No-one mentioned this at the entrance before we paid to get in. There were people everywhere, and we had no choice but to give up on a table.

My daughter and I went to the showers – huge ques, and they made us line up rather than taking names which they usually do in lounges.

Everyone was complaining and the staff  in the showers sat around oblivious to the chaos, picking their finger nails and staring vacantly ahead.

When we finally got into the showers, they were not clean, and the entire bathroom floor was wet so we couldn’t put our bag down with our dry clothes in it. They had run out of tooth brushes, and the whole thing was nothing short of awful. 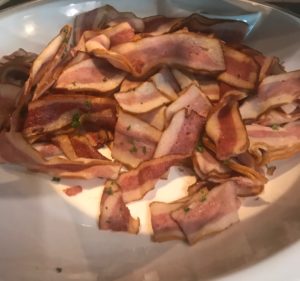 Undercooked bacon wasn’t popular amongst the hundreds of people crammed into the Qantas/Emirates Business Class Lounge.

Then there was the food – which was virtually inedible apart from the cashew nuts, which were great. It was breakfast, and the eggs were dry, the sausages looked horrible, bacon undercooked, and even the lettuce was dehydrated. My son who eats anything, took one bite of each breakfast food and refused to eat anymore.

Qantas will be moving their Europe routes to fly via Singapore shortly, and what a relief that will be, as I have had exceptional experiences many times at their Singapore lounge. If I had my time again I wouldn’t have bothered with the lounge, as it created rather than alleviated the stresses that go with long haul travel.

Flying in Luxury: The Most Luxurious First Class Tickets Worldwide 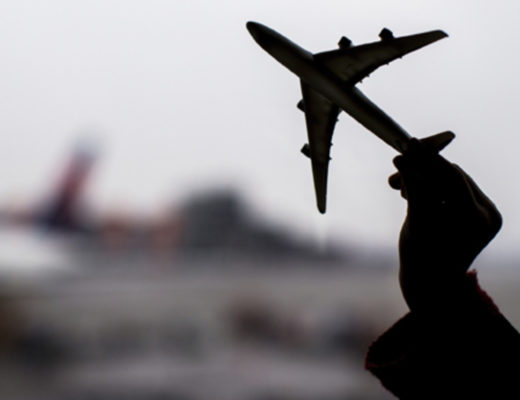